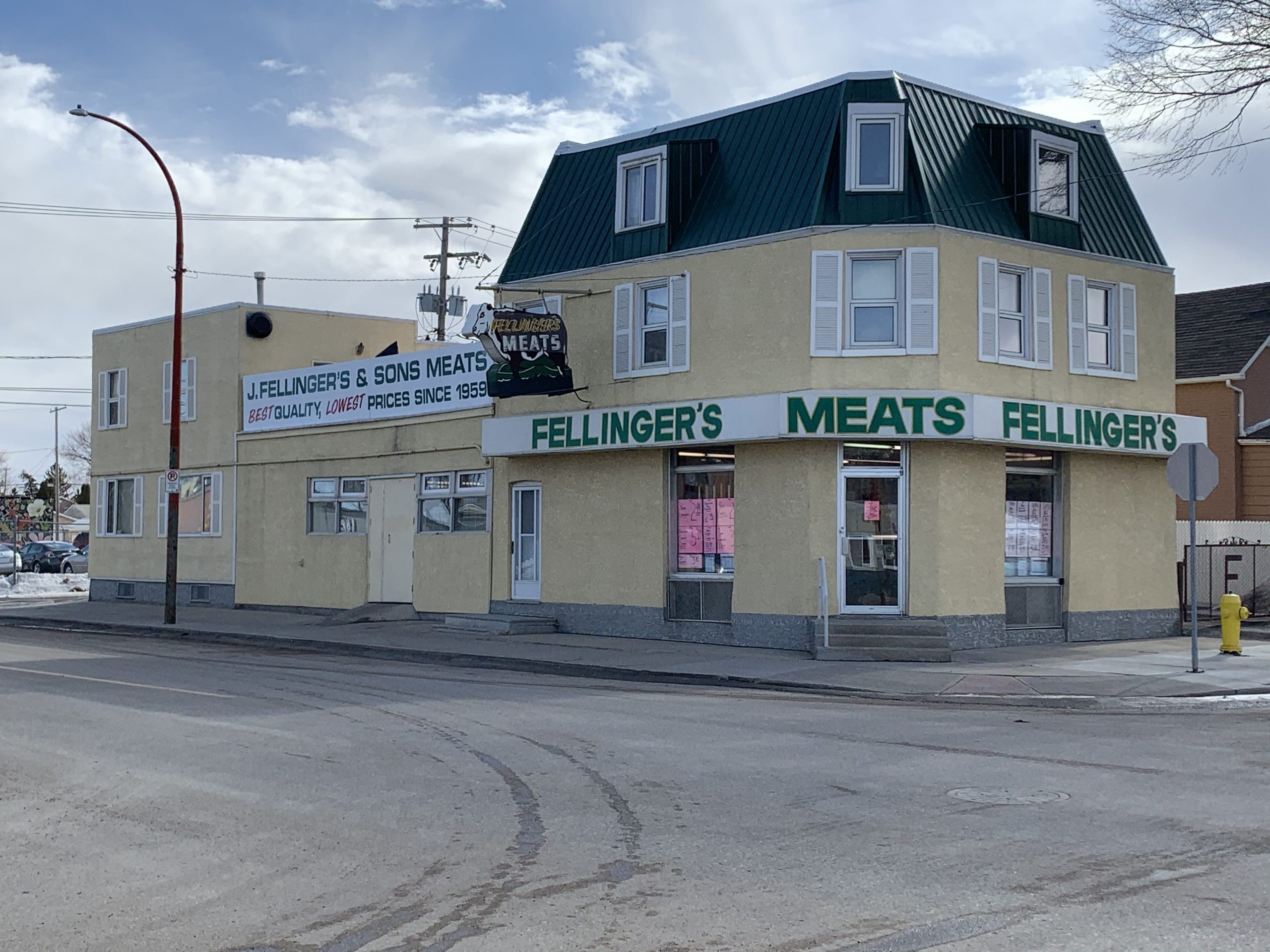 The building, at 1801 Quebec St. in Regina, was constructed in 1909. It has a unique architectural style that makes it stand out. Wrap around signage and a classic neon calling card. They tell you that you have arrived at Fellinger’s Meats. The third level dormers, green metal roof, and shutters on the second-story windows. The 45-degree slice that houses the front door. Styling that looks like it belongs in 18th century Europe. People that drive by for the first time usually do the double-take. Welcome to Fellinger & Son’s Meat Inc.